Another notion of possibility

Another notion of possibility

In the dialogue show »Another notion of possibility« with works by Maurizio Nannucci (b. 1939) and Carsten Goering (b. 1982), conceptual art from two generations is brought together. Nannucci, one of the pioneers and most important representatives of the art movement in Italy, has become known primarily for his poetic antitheses to reality in neon sign aesthetics. As soon as we, as conscious viewers, turn his advertising messages inside out and attempt the irresolvable comparison with our inherent order of things, we are already participating in his game.

Carsten Goering developed his method of generative painting, which is related to imaging processes, through his studies of media art. Similar to Nannucci with his pure neon colours, Goering uses solid tones, whose mixing codes often appear as titles to the works. Using a technique he has refined over the years, he layers and textures his optical plastic material. His finished surfaces speak to us with the same indirectness as the neon signs, but changing in colour and texture as the angle of view changes – the works revealing themselves, then, relative to perspective.

Maurizio Nannucci aims to create a situation in which the interrupted reference to reality in his neon poems awakens our own imagination. A similar blank space is present in Carsten Goering's seven-part work »Cut Outs«*. The symbolic black square, which contains nothing and everything, is cut into all seven color reliefs as a precise surface absorbing light and matter.

* The creation of Carsten Goering's art work »Cut Outs« was supported by a scholarship from the Cultural Foundation of the Free State of Saxony. 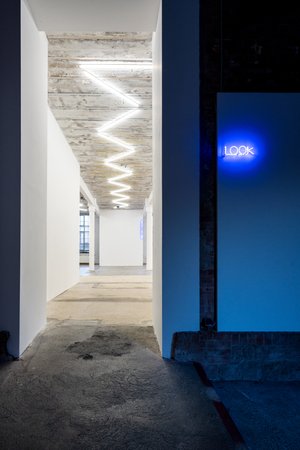 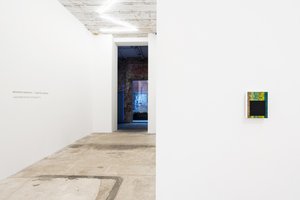 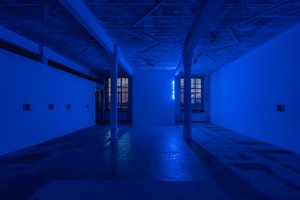 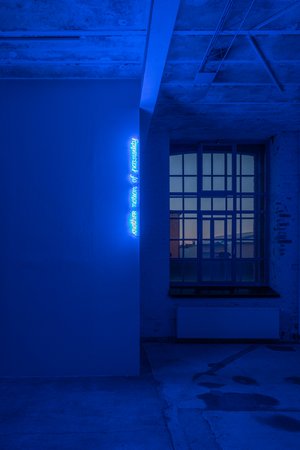 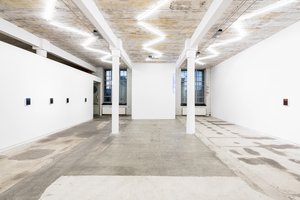 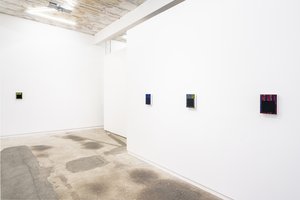 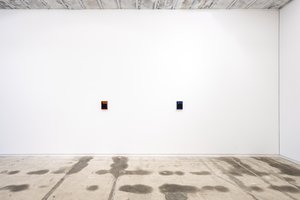